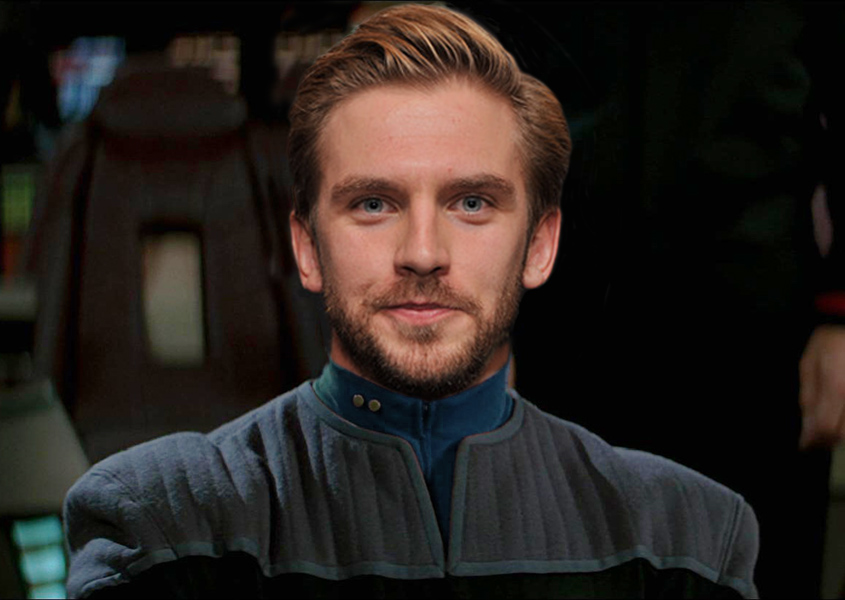 A specialist in oceanography who went on to become a proficient Science Officer, Wale believes there are just as many wonders hiding in a world's oceans as there are in the darkest depths of space. Born on a world covered entirely by one ocean, he grew up surrounded by aquatic creatures of every kind. Currently serving as Chief Science Officer on the USS Shanghai.

Born and raised on Nautolan IV, a human colony based on a water planet. He grew up in the capital city, where his father worked as a marine biologist for the local government. The family often spent time at sea, and Wale loves the water. He believes that as a child, he spent more time in the water, than out of it. As a result, he is an excellent swimmer, and has tremendous lung capacity, able to hold his breath for up to ten minutes. However an incident occurred when he was 10. His 7-year-old sister, Alicia, drowned during a family outing. The consequences of the accident led to the family spending far less time near the water, something that Wale resented. His mother went into a deep depression after her daughter’s death, and eventually committed suicide when Wale was 12 years old.

Wale’s love of the sea was too strong however, and he returned to open waters as soon as he could. He majored in biology, and earned a Ph.D. in marine biology at the Vulcan Science Academy, while attending Starfleet Academy to become an officer.